Theatre Director
WHEN DIRECTING I LIKE TO ESTABLISH A SAFE, PLAYFUL SPACE WHERE THE ACTORS AND OTHER CREATIVE ARTISTS CAN GIVE THEIR BEST TO THE PRODUCTION.  I MAY HAVE AN INITIAL IDEA FOR THE PRODUCTION AND THEN ENCOURAGE A COLLABORATIVE PROCESS ALLOW THE ACTORS TO DEVELOP CHANGE AND ADD TO THOSE IDEAS.

“It takes a long while for a director to cease thinking in terms of the result he desires and instead concentrate on discovering the source of energy in the actor from which true impulses arise.”
​Peter Brook.
Directing credits
2019 Three feet Rising "Safety Banana"
2018  Artist In community international and Nepal school of Social work   ​STOP THE POLLUTION!!
2016  MTC Cybec Readings Melbourne Talam.RASHMA N KALSIE ​
2015  Mtc Neon reading The Day I Left Home Rashma N Kalsie
2014 Bone Marrow Theatre    Tales from Ovid trans.Ted Hughes 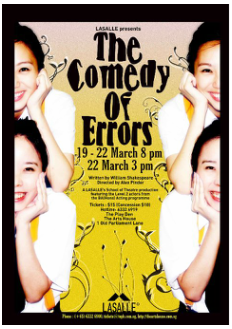