More comments on Hotel Mumbai.
@AlexPinder2
"your character of Mr. Jomon represented the very best of humanity and the heroes of those tragic days in Mumbai."
7:00 PM · Jun 23, 2019·Twitter for iPhone

Hotel mumbai reviews.
​www.militarypress.com/hotel-mumbai-emotional-and-startlin
www.nycityblack.com/hotel-mumbai-film-review/?fbclid=IwAR3brhWKvivem_6MAFUWCCRyhhqKI3lU4D4pmznTl2I03d_FNyC8jjtmigQ
​Testimonials from Participants in workshops for BONE MARROW THEATRE and 2017 and 2018
"Nadine and Alex are generous, assured and passionate teachers whose workshops have something to offer anyone - at     each and every stage of their life/creative life - who is ready to discover, to notice and play. Their classes are full of laughter and memorable moments which are a joy in themselves as well     as inspiration. Very enjoyable, very impressive." Steve Gome
"Alex and Nadine are both amazing human beings to learn from.  Their knowledge transcends from the studio into life and you catch yourself delving deeper into the meaning of their work, weeks and months after you'd thought you had discovered it's extent. You will find yourself reborn, the layers of society stripped back and although at first confronting, the experience from their workshop is one that leaves you with a sense of self assurance and the confidence to just "be". A beautiful experience for any performer to play and find the simplistic honesty in our work."MARIAH MANNAE 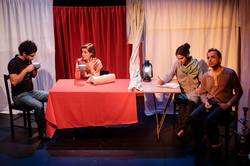 "It’s the quality of story presented here, or perhaps the resonance it holds that truly defines this performance"
"As a piece of theatre it has an engaging and engrossing through its linear narrative and all performances honor the writing that is glistening poetry at times."
​ 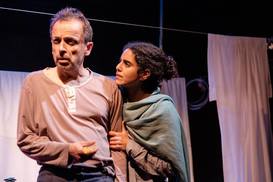 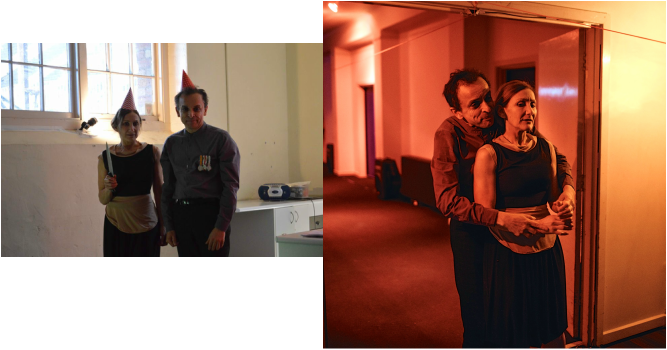 The Dead Twin August 2015
"Pinder and Leiser-Moore perfect the relationship between Harold and Barbara, which is both intimate and terribly lonely. These parents are suffocated by the traumatic experience they have shared with losing one of their sons, and the starkly different ways in which they handle their agony are portrayed effortlessly". Suzanne Sandow Stage Whispers 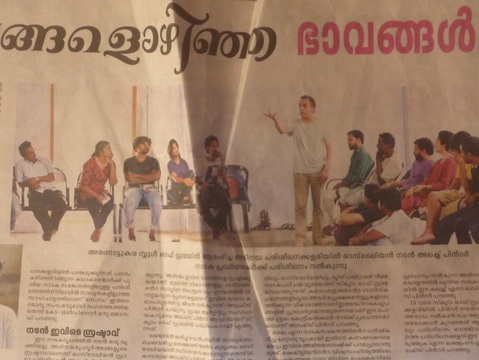 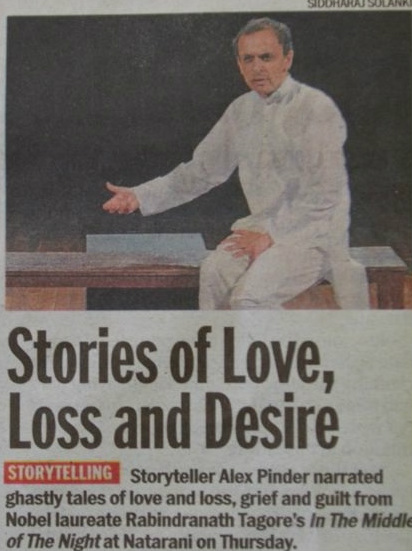 In the Middle of the Night and Other Stories By Rabindranath Tagore. 2013
These tales are woven and told with great care and brilliance by Alex Pinder, whose
energy and storytelling ability keeps us on edge.     Drama-ergon 17thFeb 2013

“Pinder is a charismatic storyteller. It is possible to feel the near-presence of Rabindranath Tagore's ghostly midnight dreamland.” The Age “A fast-paced and passionate adventure through Raj India”. theatrevibe

Physical Comedy Workshop was excellent. Alex has a
wonderful way of working   with performers, guiding them to their best work by
exploring choices in a fun   and constructive way".Workshop participant
Nov.2011 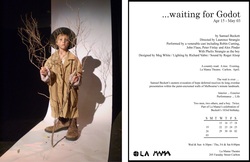 Lucky played by Alex  Pinder, perfected for us a sorrow
and the story became surrounded by his frozen mime. His mute presence fell onto  and above and within a declamation, a visual storm dipped in ghastly screeches  and hollow screams that moved the room, better still shook  our insides
Stage on line July 2011 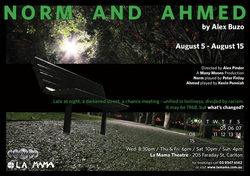 Anyone who wants to know anything about playwriting, directing, acting and designing has until August 15 to get themselves to La Mama and see this brilliant account of Mr Buzo’s (a national treasure, surely) faultless first play.

Mr Buzo’s script is all lean, theatrical muscle and Mr Pinder’s direction of it is absolutely beautiful in its stark and pure textual complicity.
Nothing, however, can prepare you for the final moment in Norm and Ahmed – and the woman sitting three seats away from me almost leaping from her seat and screaming “No!”, was the entire measure of this electric night in the theatre. It is compulsory viewing. Go. 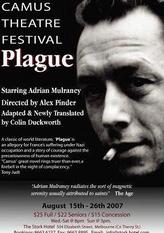 " Director Alex Pinder has helped Mulraney to develop an understated but effective physicality, and the tiny stage never seems cramped or restricting.

"this is a terrific monologue that commendably channels the essence of its source material into a finely tuned theatrical    experience". 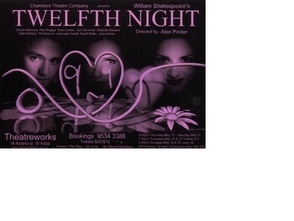 "...have come up with a  Twelfth Night that is completely absorbing, fresh intelligible and very funny" The AGE 2003
Proudly powered by Weebly